The town of Lagos nestles on the Algarve's colourful coast. A blend of traditional heritage, upbeat nightlife and the best beach around makes it a visitor favourite. The ruggedly beautiful coastline is Portugal's signature, and Lagos is home to its biggest stretch of sand. The golden Meia Praia is one of the best beaches in the Algarve, with clear, shallow waters and fantastic watersports.

Lagos' historic centre is a maze of cobbled streets and picturesque squares between 16th-century city walls. It's the perfect spot to soak up some traditional Portuguese culture, with local seafood restaurants, pretty churches and an impressive castle that's worth a photo op.

The vibrant waterfront is the hub of nightlife in Lagos, with a buzzing bar scene for after-dinner drinks that often spills out onto the beach later on. 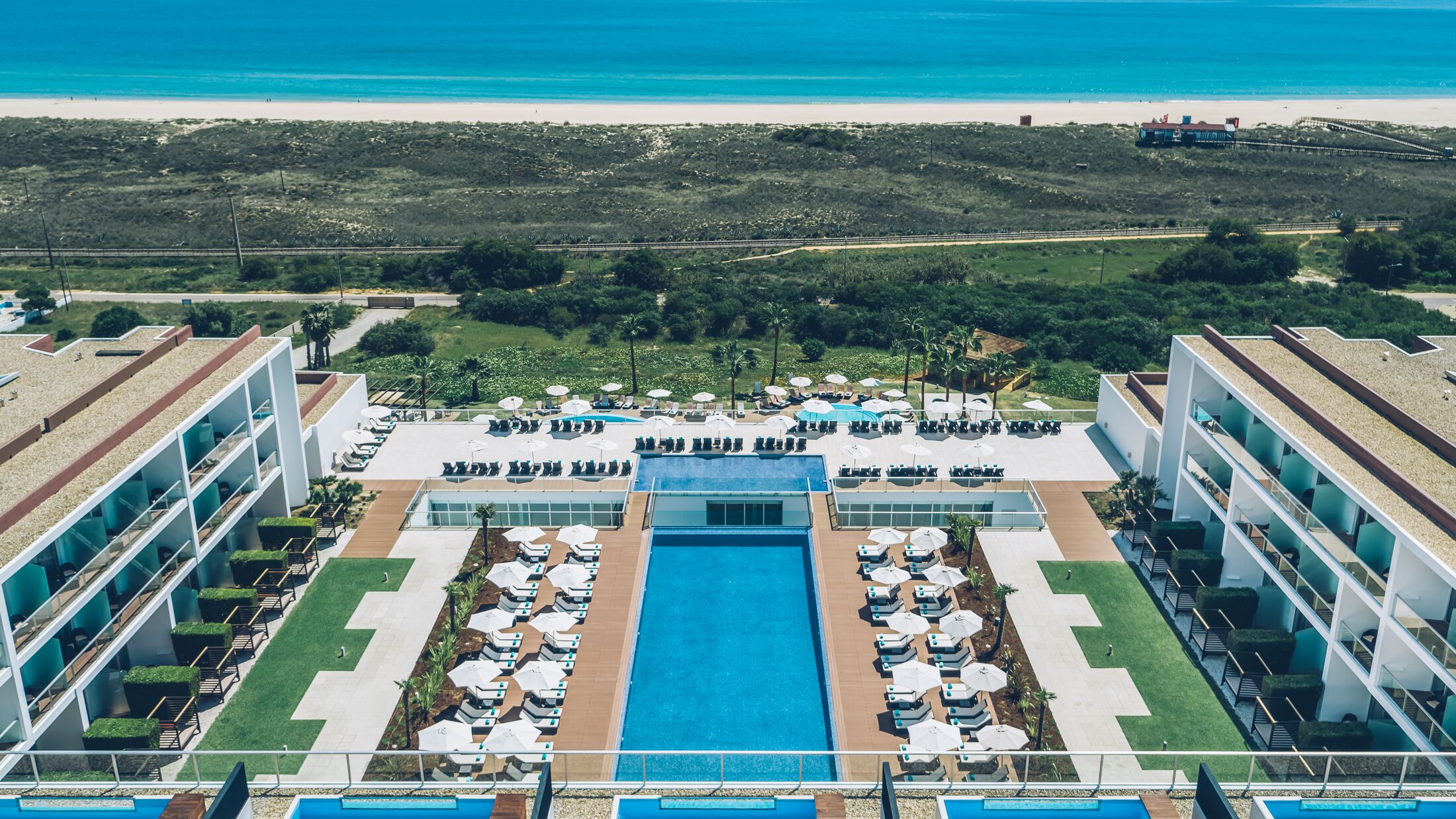 Flights from the UK to the Algarve take around 2 hours 40 minutes.

Transfer time from Faro airport to Lagos is approximately 1 hour.

Summers in the Algarve get pretty scorching, so beach-goers can expect the mercury to top 30°C in July and August. The shoulder months of April, May and October stay at a pleasantly toasty low 20s, and even in winter, things rarely drop below 15°C – ideal for year-round golfers.

Currently visas are not required for UK citizens travelling to Portugal.

A service charge won’t typically be added to your restaurant bill in the Algarve, so it’s common to leave a tip of around 10% of the bill. The same goes for taxi drivers – aim for 10% or round up your fare to the nearest euro. Tipping is not expected for bar staff, hotel porters or maids, although a euro or two would be appreciated for excellent service.

The official language of Portugal is Portuguese. English is widely spoken too, so getting by is easy.

We've been finding people their own slice of paradise for 50 years, and like to think we're pretty good at it.  Don't just take our word for it, though - see what our customers have said about their Sovereign experience..
Read guests reviews...
Sign up for Offers
Request a Brochure
Request Custom Quote